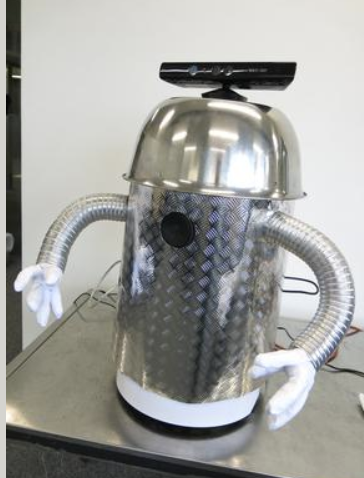 Ben Goertzel is really into singularity (http://wp.goertzel.org/), while David Hanson is known for all things robotic (http://www.hansonrobotics.com/).
First up is our little chat with Ben – read on for more.
Get to know more by stopping by HackJam this Tuesday !
Ben Goertzel >>>>>
What were your very first making/hacking moments ?
As a kid I made lots of weird bicycles with atypical geometries, some even sorta ride-able. Â  And in my early teens I built some simple computers from kits and triedÂ to program them in machine language (as no other languages were supported)…
What was the tipping point from an interest shaping into [what you’re known for today] ?
I’ve been focusing most of my attention on AI for the last 20 years or so, basically because in my late 20s I started to realize it’s much more difficult to accomplishÂ amazing stuff in the world than to conceive it in your head. Â So I decided I’d need to focus the majority of my attention on one of the many cool things thatÂ fascinated me, and I chose AI — mostly because it combined the properties of being intellectually fascinating, being really important for the practical world, andÂ being something I could hack on myself without needing massive funding…
What does your [daily/project] process currently entail ?
Mostly I manage technical people, write, think, and do theory these days. Â But every now and then I plunge into some specific practical hands-on project, usuallyÂ programming or doing some math…. Â Now we’re just starting to get into some physical robot hacking at our lab at Hong Kong Poly U, which has been good fun — it’s theÂ first time I’ve dealt with DIY style robots since the mid-1990s, and it’s awesome to see how the supporting technologies have advanced. Â A picture of our goofy hackedÂ robot is [on theÂ left].
Who/what’s currently on your radar ?
Hah. Â Too many things. Â  I’m trying to create human-level thinking machines, capable humanoid robots, and figure out the biology of longevity … and writing a fewÂ books on the side. Â I’m psyched that robotics, AI and life extension are in a phase of being more and more broadly popular, and I hope the phase will last ongoingly !
If you could have any super power, what would it be ?