Today the BRONZE lock was de-commissioned from the Dim Sum Labs entryway.  This comes as part of an effort where we transition from a system where we have two different physical keys to a new system where we use our MTR cards as an entry control system, and in the event of a failure or power outage, a SILVER lock as a backup. 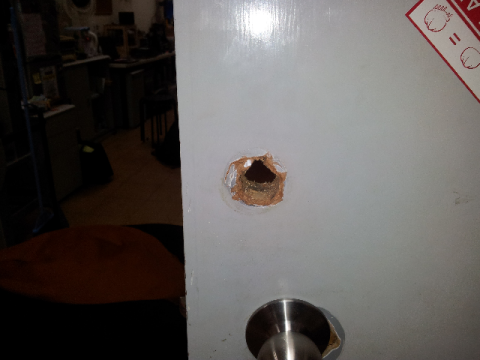 Here’s how the door looked with the lock removed.
Not so nice looking.  Roached surround (not by me!) I found a friendly looking plastic button around the lab (magnet).
The lock “surround ring” isn’t being used right now…hmmmmm… 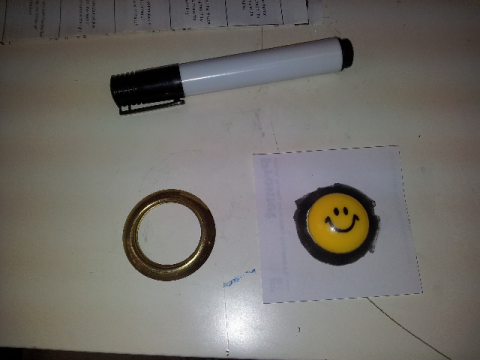 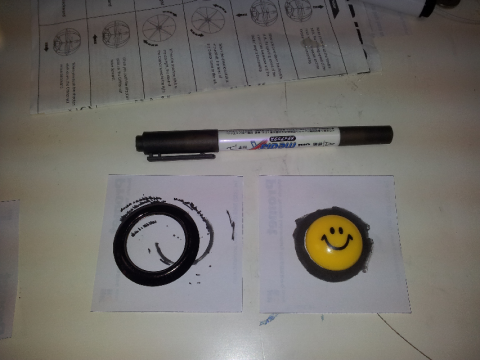 Use CD-ROM marker to turn bronze ring into black ring… 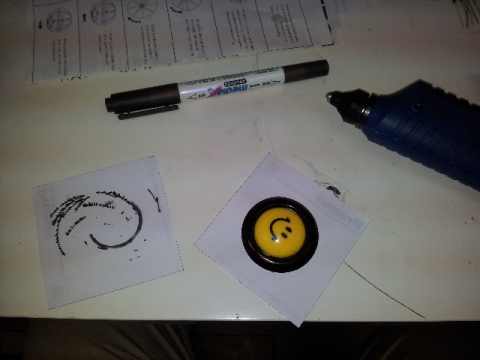 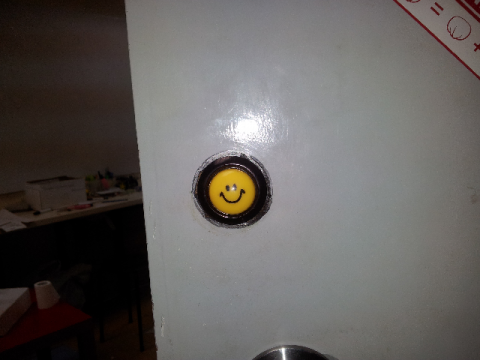 Jam cardboard into hole.
Circle entire thing with black marker (which is getting a bit tired) I think we need a new black marker (or a printed ring) but this is a good start.

The next step is to install a doorbell circuit behind the button because this rig looks like a doorbell and strangers will be confused if it doesn’t act like one.


If it doesn’t react to a press, they will most likely assume we can’t even keep a doorbell maintained, which is not a good first impression for a MakerSpace / HackerSpace / CoderSpace to give.  🙂 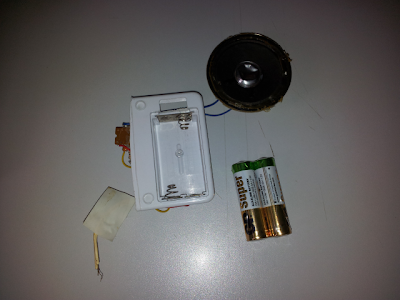 Here’s the doorbell circuit.  It’s an old thing I had hanging around.  I replaced it because the switch went bad and the wireless ones are so cheap.

(My laziness…I couldn’t be bothered to fix it so Vego just  went ahead and bought a new unit for HKD78.00 / USD10.00.  Of course, I got all excited installing the new unit instead of getting off my rear and buying a new momentary for HKD7.8 / USD1.00.  Hahahaha.  Human nature is so weird…)

Here’s the circuit in action, sans switch.  Still a bit tricky.
Probably need to replace that cheap-o white wire and look for cold solder joints.
BUT it works when fired.  Mostly. 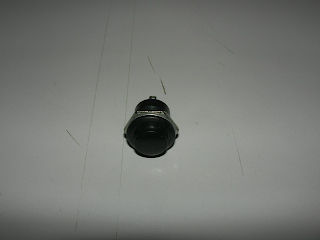 Here’s the new momentary switch.  Cost HKD5.00 / USD0.65
It should be plenty robust to handle the number of keypresses we expect to receive  🙂
How about giving it a try?

OK – we’ve proven it works with the momentary.  The next thing to do is to work with people at DSL who can design a 3D model of the “cartridge” for the door in SketchUp


After that, we need to fab the “cartridge” using the 3D printer, which we should be able to more or less *immediately* do once the design is done – a practical example of the type of Rapid Prototyping that having a 3D printer enables.


Then we need to physically install the doorbell and mount all of the electronics in some kind of enclosure – thinking that a simple surface mount box will do nicely.  Maybe we’ll print that too  🙂


Finally, we need to integrate the momentary switch closure event with our Raspberry Pi door lock controller so we have a “Smart Happy Face Door“