HackJam 2013-04-30 was a great success!  The room was packed with people working on projects, demonstrating nearly finished projects, receiving products and visiting from overseas.  There wasn’t an empty seat!

We had two great guys come by, visiting as guests for the first time.  They were referred to us by our friends at Cocoon:

Louis P. Rosende, who is from Spain and very interested in 3D printing.

Christian Secci, who is from Italy.  Christian is also into 3D printing and is fully set up for LEATHER TOOLING

Gentlemen, thank you for coming and sharing some time with you.  We salute you and hope to see you next week!  Please come again and when you do…please bring a project (or an idea for a project) with you!

Mitch Davis was visiting from China.  He operates the Hackvana webite…check it out!  He also announced that he could help to co-ordinate the production of PCB in China for DSL members, so keep him in mind.  His contact information is on the RESOURCE BULLETIN BOARD in DSL as well as here: 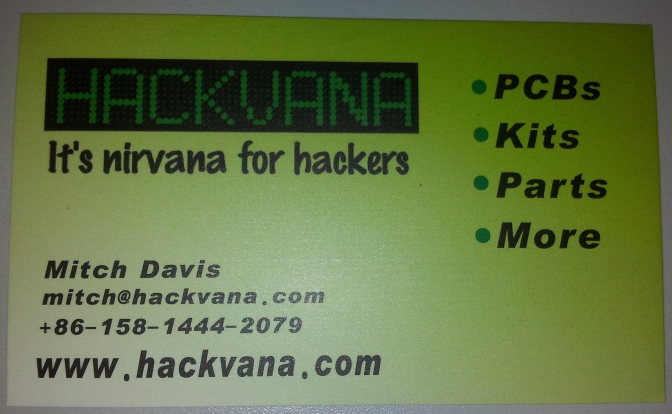 Hugh Whitehill, came and gave a wonderful orientation on Ninja Blocks, which we were lucky enough to record and put on YouTube.

Hugh, your contribution and energy are *greatly* appreciated!  Please keep it up!

(HughW has also been kind enough to leave his “toys” in the lab for people to play with, so those of you who are interested in HOME AUTOMATION please come by and take a look!)

William Liang was present, giving a lecture on ELECTRICAL REACTANCE, its properties and how one might go about design a circuit that would enable the lighting of two LED’s from simple line power (220vac) with an ~8.8K @ 5.5 resistor.

Bill also introduced the notion of implementing this idea with a single .47uF capacitor!  He also explained what a capacitory is, how it works, why certain capacitors cannot handle alternating current (electrolytics have a polarity) and so on.

NEXT WEEK WE BUILD THEM!
Tom Grek was in the house and gave us an update on Katia, who has been on television in Brazil and Peru.  Mr. Grek is looking in fine form and training to compete in a 10K run soon.  Good luck, we hope you post a great time!
Mathis Antony was distributing keys he had made for the silver lock.  Mathis, thanks for being our own version of the Keymaker. 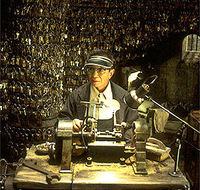 …but WHO is our Morpheus?  Neo?  Trinity?  (Bill?  Tom?  Katia?  Hello?)  🙂
Susanna Wong was there, working on a really pretty looking DJ platform that had until this week just been an assorted pile of bits on a desk.  It’s great to see that unit working again!  Happy, happy!

Graham Leach was on WEEK 04 of trying to troubleshoot and ressurect our (currently) non-functional RepRap Prusa Mendel printer.  Tonight he took the electronics apart completely. 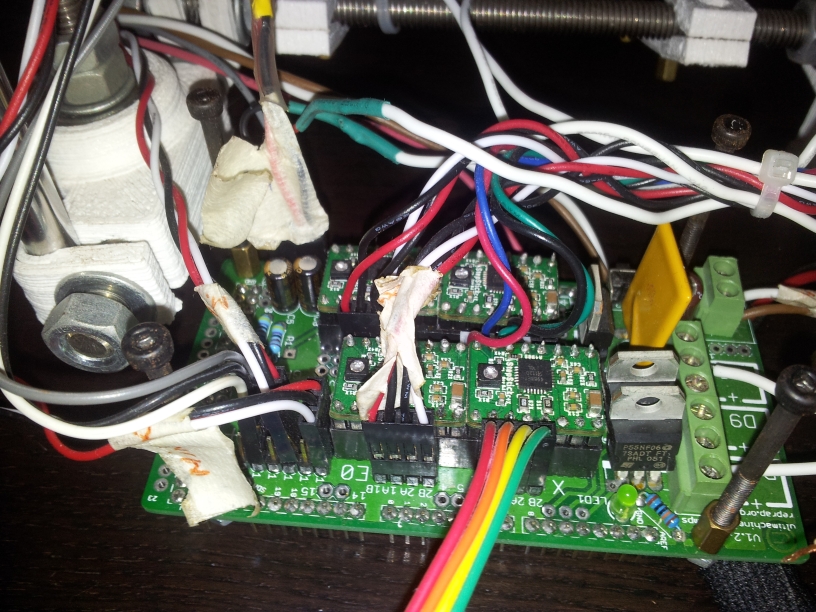 While doing so, he found out that it features a RAMPS v1.2 board.  This is the board that the Arduino uses to tell the printer what to do.  Progress is slow, but steady.  GrahamL is greatly comforted by the fact that there is PROOF that the RepRap printer did work once, thanks to a video uploaded by JonB about a year ago:

Andy Kong was present (as always), helping with his vast knowledge of “stuff”.  AndyK is a very active member of Maker Faire in Hong Kong and a good person to get to know.  Very diligent and knowledgeable.

Alexander List was on scene, accepting money as Treasurer, registering new users, facilitating WiFi hookups and being generally helpful – as he always is.

Eric Tsoi came by and lent his calm, balancing energy to the night.  Thanks for being there Eric!

It was a great night!  Packed and full of energy!

We hope to see everyone again, familiar and new faces next Tuesday at 8PM at HackJam