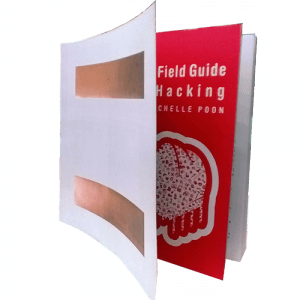 In The Field Guide to Hacking, the practises and protocols of hacking is defined by notions of peer production, self-organised communities, and the intellectual exercise of exploring anything beyond its intended purpose. Demonstrated by way of Dim Sum Labs hackerspace and its surrounding community, this collection of snapshots is of the work generated from an organic nebula, culled from an overarching theme of exploration, curiosity, and output.

This book reveals a range of techniques of both physical and digital, documented as project case studies. It also features contributions by researches, artists, and scientists from prominent institutions to offer their perspectives on what it means to hack. Altogether, a manual to overcome the limitations of traditional methods of production.